Consuming less and creating more matters because the former provides instant satisfaction, an easier rush to achieve that usually doesn’t last and needs to be continuously reupped whereas creating provides more of a prolonged, sustained joy.

The first analogy that hits me is snorting a line of cocaine that lasts 15 minutes and having to constantly reup versus taking acid that lasts hours but let’s move on from this digression.

Localized talent doesn’t exist anymore because technology centralizes attention to the most entertaining creators and most seductive players. There is only national and global talent because technology allows the best to do it for everyone.

We all get this and it happens to every single one of us. Our minds attack us before we can even get started, telling us that we are not as good as Chad or as pretty as her so why bother.

Creation is a form of expression and not expressing ourselves enough while simultaneously devouring every crumb and pixel in sight may be deteriorating our mental health because our monkey-brain naturally succumbs to what’s quick, easy and comfortable.

I am definitely not a licensed psychologist and I can for sure tell you that expressing and sharing something you made from food to crafts feels good.

More than half the time when the light bulb idea flashes in our heads, our monkey-brain attacks us, telling us why it won’t work when we should instead develop auto-pilot habits to figure out ways as to how and why it will work.

For most of us, the default train of thought is pessimism when it should be optimism.

We are so fixated by the number of views and likes that we forget to just express ourselves in any which way. We come up with excuses that we’ll get to it later or that we don’t have enough time when in actuality, the real reason is because we are afraid of what others will think.

We are all just in our own heads, playing our own games, on our own paths, consumed by our own thoughts and sometimes it paralyzes us.

It’s time to record that podcast you and your friends have been talking about forever. Bake that new recipe and share the finishing-touches through your online personal bakery portfolio. Start that project you never got around to because there is no time like now. Entertain your friends & family with goofiness they haven’t seen in a while. Build that new app you think will change the world because we can never have enough cat videos. Keep posting photos of yourself because the people really want it, they just don’t want to admit it.

How to Consume Less and Create More

how do I consume less and create more

The Insecurity of Being Short

What is the Clubhouse App –
How to get Invited? 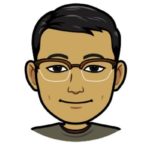 It all starts in the mind

I get off on helping people without charging money.